658,893 people call the District of Columbia home. Approximately 60,000 of those residents have at least one criminal conviction and have spent at least some time in prison. It is believed that 50-55% of that group is unemployed. The number is a little lower for women, and a little higher for men, but in that range. 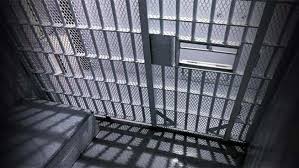 Economic Growth DC has a number of organizational goals. One of those is to bring the unemployment rate in the District down to under 5% in all eight wards. This will take some work because in the predominately African-American parts of the District, the real unemployment rate is more like 20%. In order to make a serious push towards 5%, you have to be able to do something about finding jobs for returning citizens.

That basic premise has led us down some interesting roads as it relates the criminal justice system. For instance:

What is it we plan to do about all this? At the policy level, we will continue to work an these various elements of criminal justice reform with an eye towards making it easier for returning citizens to obtain and keep a job.

At a programmatic level, we don’t think it’s realistic to expect large numbers of returning citizens to find work without active assistance. By making use of our job placement industry experience, we have proposed a program that will create a small team of job placement professionals who will do nothing but place returning citizens into employment. The business plan can be found here: Operation Capstone