In an interview with the New York Times published on 7/27, President Obama asserts that the income gap between rich and poor is fraying the social fabric of the country. Economic Growth DC has looked at this issue before. Stratfor’s CEO George Friedman wrote this piece on the crisis of the middle class, and Professor Jeffrey Muller of Catholic University published a Foreign Affairs cover story on capitalism and inequality (see link below). All are worth reading.

Here in the District of Columbia, we are a magnified microcosm of the country’s inequality problem. We have an income gap on steroids. The “haves” have everything they could possibly want and the “have not’s” have hardly anything at all. This is most vividly displayed in stubbornly high unemployment rates in Wards 5, 7, & 8. Rates in those Wards are 12%, 15% and 22% respectively. That is the District’s problem that outweighs all other problems. It is the only problem the District faces that is capable of destabilizing the city. Unemployment rates that high only in certain parts of the city for an extended period threaten social stability.

One of the interesting points made by Dr. Friedman in his Stratfor article is globalization and automation have had a serious unintended consequence in the U.S. Our multinational companies have expanded across the globe, helping to improve living standards around the world, but in some ways they are cannibalizing their largest market. As they’ve moved jobs and resources overseas, we’ve arrived at an America where many Americans can no longer afford the high-end products American companies produce. In DC, we see this problem magnified several times over.

A wonderful new world of retail and entertainment options and good restaurants have sprung up in DC over the last 15 years, but a significant percentage of our residents cannot enjoy these new options because they don’t have the disposable income required to do so. Reducing the top line unemployment rate is not our only imperative. We need for as many of these residents as possible not just to survive on the margins of society, but to become full-blown consumers with disposable income and purchasing power. Not surprisingly, having disposable income is also the only way to acquire true political power in our society. If you don’t donate to campaigns, you’ll never have any real power. So, how do we create a pathway to consumption? 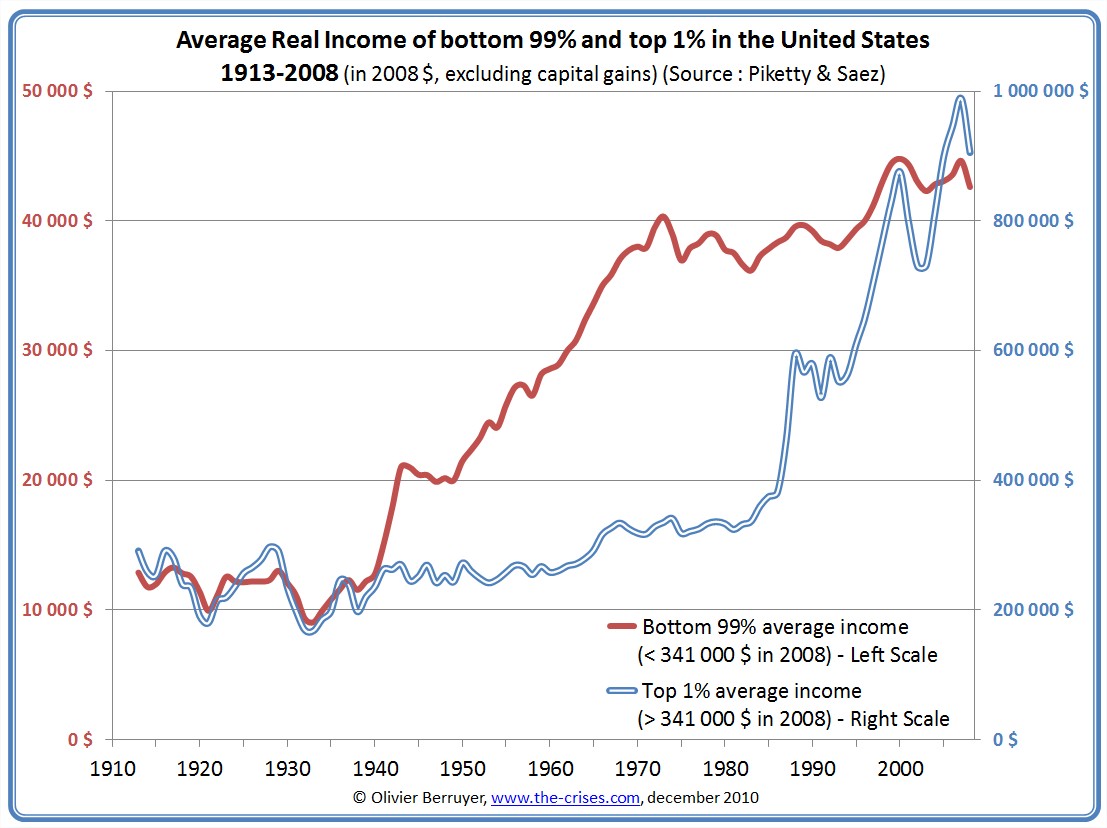 Accelerated private sector economic growth, combined with a more effective education system and a more robust workforce development system are the most effective mechanisms for addressing inequality over the short and long term. Accelerated economic growth brings with it accelerated job creation at all skill levels. A more robust workforce development system will make sure DC residents are not trapped at the bottom of the skills ladder. A more effective primary education system produces graduates ready for higher skilled work. A faster growing economy creates more jobs at all skill levels and a stronger job training system produces candidates prepared for those higher-skill positions.

The historic debate over inequality has been how to prevent higher skilled, higher income folks from capturing all the income and productivity gains of a faster growing economy. Over the last 30 years in particular, almost all of the income and productivity gains we’ve experienced have flowed to the people at the top of income scale. Some propose a more progressive income tax scheme that taxes high income individuals at much higher rates, but the truth is redistribution never works. In the 1950’s the top marginal tax rate was 91%, but the rich have paid about the same percentage of taxes since World War II. The answer is increasing social mobility — making sure we maximize the percentage of our residents who are able to move from low-to-mid-to-high skill levels.

If you agree that accelerating economic growth in the District is key to reducing unemployment, and therefore, inequality, what is the best way to bring it about? Keynesians would say stimulus or even direct government employment, but we feel those are overly expensive, unsustainable, and short term solutions. A better answer lies with the tax commission and the mayor’s regulatory reform task force. Making the District’s tax system more competitive and regulating with a smarter, lighter footprint is the best way to set the stage for faster growth. Government policy does not, nor should it, drive growth. It can, however, lay a foundation for faster growth by taxing and regulating in a smarter way.