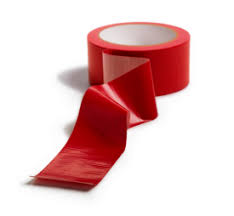 In this article in the Washington Business Journal, reporter Michael Neibauer writes about an upcoming regulatory change by the District’s Department of the Environment:

The District is proposing to prohibit non-road diesel engines from idling for more than a few minutes at one time, citing the emissions spewed by the equipment and the environmental and health damage those emissions may cause.

No sane person would say no to the idea of helping the environment and public health by decreasing the amount of carbon emissions produced on District construction sites.

But the way DDOE intends to implement this mandate makes no sense. They have proposed a rule that would deny a company the flexibility of keeping a piece of machinery idling for more than three minutes at a time.

This would lead to construction workers stopping what they’re doing every three minutes to rev up a machine, or to constant fines from DDOE investigators. Starting and stopping, whether for an engine or a power plant is less efficient than continuous operation. The lost productivity alone will lead to more emissions, negating the effects of the rule. It might make it worse.

That is the unwise micro-management of a construction site, and it’s a perfect example of the District regulating for process rather than regulating for outcomes. What is the outcome DDOE seeks in this case? They want to reduce carbon emissions, particulate matter and other criteria pollutants in the District by an unspecified amount.

Let’s say it’s 0.007%, just to pick a number out of a hat. Why not tell Clark Construction or Miller & Long that you want them to reduce the carbon emissions on their job site by 0.007% and let them come back to you with a plan for meeting that objective.

That gets you to the right outcome without the heavy hand of government gumming up the works on every construction site in the city.